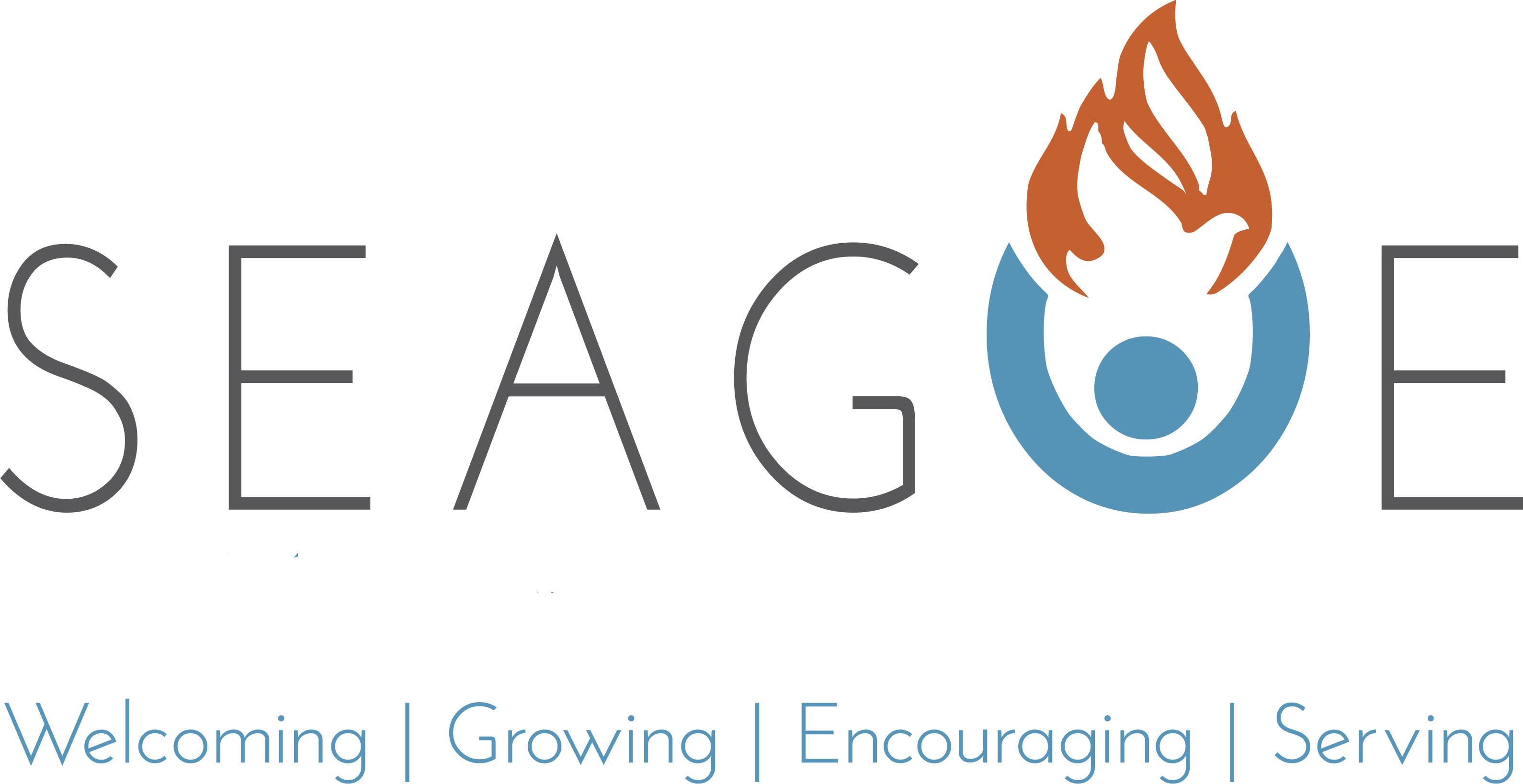 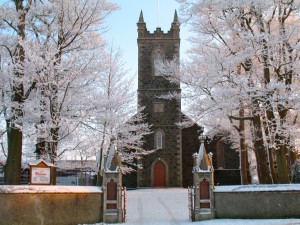 Seagoe Parish Church, Portadown, situated close to the river Bann, is named after its founder St. Gobhan. One of the most ancient Christian settlements in Ireland, dating from 540A.D.

The current Church building was rebuilt in 1814 and enlarged and embellished (in 1891) by Sir Thomas Drew, the foremost ecclesiastical architect of the day.

The ruined walls of the former Church building can still be seen in Seagoe Cemetery, across the road from the current Church.  A former building was destroyed in 1641, but rebuilt soon after 1660. A north aisle was added in 1755.  This church was a long low shingle roofed building with a belfry at the west gable and a small gallery at the west end.  By the early 19th Century it had become inadequate for the parish and the site was changed to the present position.

The current building was dedicated in 1816. New pews were installed in 1874 and the church was almost entirely rebuilt in 1891 with the addition of a chancel, vestry and south aisle; the old vestry became the new porch and a new roof and windows were also provided. The font, still in use came from the 1660s church.

The adjoining Parish Centre was added in 2010 and provides excellent accommodation for the ongoing ministry of the parish.  The centre is also used by the wider community.

Seagoe Old School, opposite the Church continues to be used for Church activities.  A ‘new school’ was built in the 1970s, and is the largest Church of Ireland Maintained School in Northern Ireland.

The Parish has a hall and youth centre located on Princess Way within the Killicomaine Estate.  This building was built in the 1960s and the original Church building is referred to as St. Patrick’s, Killicomaine.  Seagoe Youth Group, the umbrella body for the Parish’s youth work, is working with the Department of Education towards the rebuilding of the complex thanks to a generous grant.